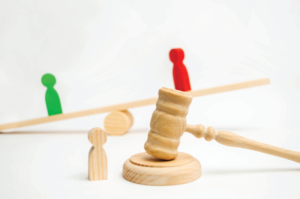 Parents involved in a family law matters in Arizona might have come across the terms “legal decision-making” and “parenting time.” The terms are now being used across the state in place of “custody” and “visitation,” which no longer exist in Arizona.

The legislature also decided to stop using the term “visitation” when referring to time spent with a parent and replaced that term with “parenting time.” But what do those terms mean and what is the public policy for determining legal decision-making and parenting time?

What is Legal Decision-Making?

“Personal care decisions” can be defined as those decisions that can have a significant impact on the child, but that do not fall into the other specified categories, such as whether a child may get a tattoo.

Sole legal decision-making means “one parent has the legal right and responsibility to make major decisions for a child.”3

What is Parenting Time?

Parenting time is “the schedule of time during which each parent has access to a child at specified times.”4

For example, the parents may have an alternating weekly schedule with the child from Friday at 5 p.m. until the following Friday at 5 p.m. The specifics of a parenting time schedule will depend on the facts of each case. The parent exercising parenting time is responsible for making the routine day-to-day care decisions for the child, such as what the child is wearing to school that day.

As with any legal case, the court must consider all facts that are relevant to the child’s well-being, both physical and emotional, as well as all of the factors specifically enumerated in the statute when determining the level of legal decision-making that is in the best interest of the child.5

Moreover, under Arizona law it is clear that unless there is evidence to the contrary, it is in a child’s best interest for both parents to participate in decision-making about the child and further that the child have substantial, frequent, meaningful, and continuing time with both parents.6

As such, parents should start the process with the thought that joint legal decision-making and equal access parenting time will be considered by the court unless there is some compelling reason that can be shown as to why the parents should not have equal rights in raising their child — because the court’s consideration of all relevant factors remains unchanged despite the changes in the terminology.

The family law team at Tiffany & Bosco works with clients to achieve the best possible outcome for their families, especially when children are involved. Our attorneys can switch between carefully managing the emotional turmoil often present in difficult family situations and aggressively asserting themselves during negotiations and in the courtroom, yet always with your needs in mind.

If you would like to schedule a consultation with a member of our family law team, call 602-255-6000 today.

Back to News & Events